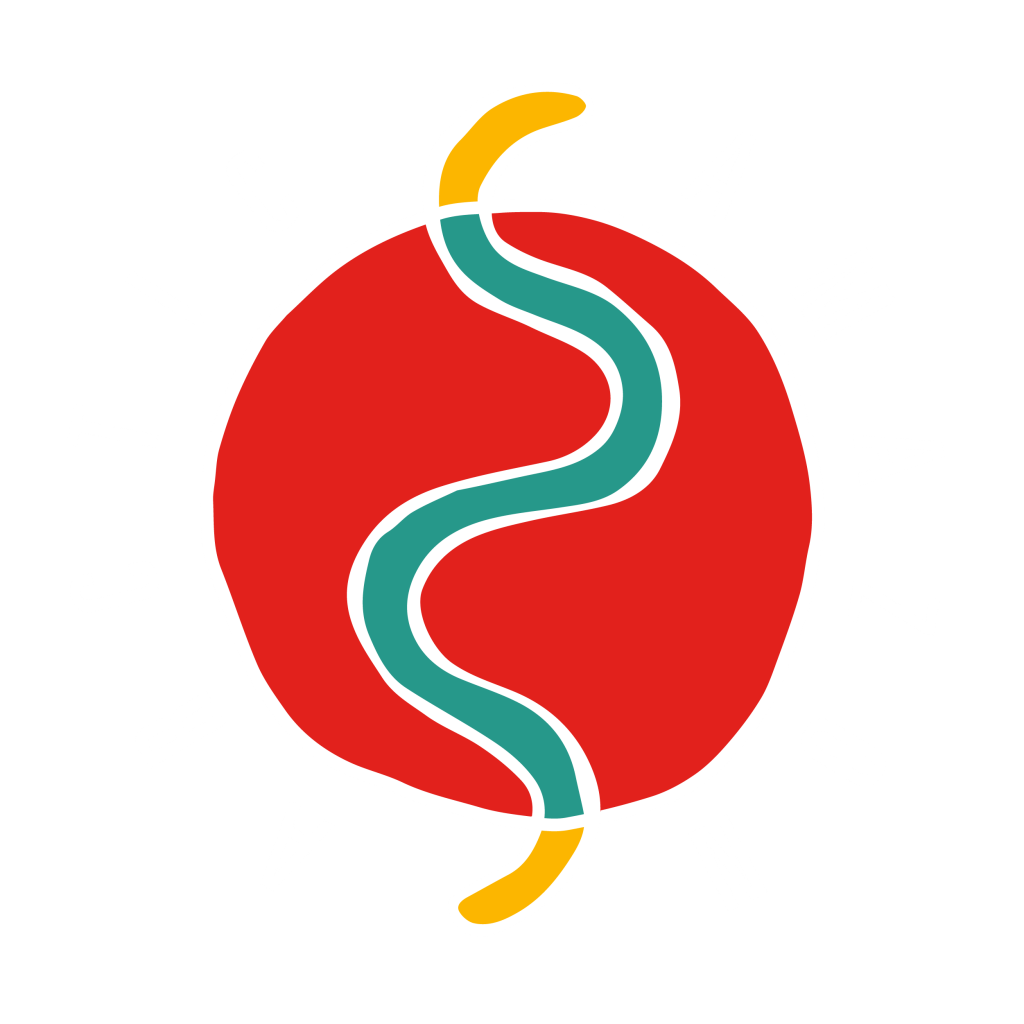 The narrative of the upcoming publication, Arctic/Amazon: Networks of Global Indigeneity, is developed through an epistolary exchange between co-authors Dr. Gerald McMaster and Dr. Nina Vincent. Accompanying the exchange is a series of written contributions by Indigenous artists, curators, and scholars from both regions presented in a non-linear narrative nurturing new ways of understanding Indigenous-centred artistic practice, design, and methods.

Harald Gaski in conversation with Gerald McMaster and Nina Vincent

Ailton Krenak in conversation with Gerald McMaster and Nina Vincent

EPISTOLARY ONE: THE ORIGINS OF ARCTIC / AMAZON

The Arctic/Amazon project began a number of years ago when I was working on the 18th Sydney Biennale with Catherine De Zegher. At that time I was in contact with Aboriginal artists from different areas across Australia. One of my trips took me out to Alice Springs in Australia’s central desert, where I experienced first-hand the system of the Aboriginal art economy.

I was not surprised by this newly emergent economy, but what I did find surprising was its resemblance to the Canadian Arctic art economy, which is supported by an art cooperative system begun in the 1950s by the Canadian Federal Government. It is a cash system, where artists are paid for their work at the end of each week. Savvy gallerists take trips to the North to collect works of art to be displayed and sold in their southern galleries found in Toronto, Montreal, or Ottawa. The system was intended to use art and creative practices as a way to replace traditional ways of sustaining oneself in the remote North. In contrast, Australia’s Aboriginal art market had begun during the 1970s with the Papunya community. The system was defined by local galleries, representatives of which would go out into select communities with large rolls of canvases. There they would leave them to be picked up later, or they would exchange a new roll for a completed one. Artists would fill up the rolls of canvas with imaginative and incredible works of art that outsiders would call abstract, yet the images were profoundly symbolic and filled with meaning. These galleries would divvy the paintings and then distribute them to the large commercial centres of Sydney and Melbourne

I soon discovered that the community of Papunya was the most well-known artmaking community of Alice Springs. I quickly began to compare it to Cape Dorset in Nunavut, Canada. At the same time, I thought about the two environments: both are quite at opposite ends of the earth; both are deserts of a certain kind; both have Indigenous peoples who have been able to survive the intensity of their climates; and both have and continue to have relations with outsiders—in other words, White people. I knew there was an exhibition project here somewhere, and it was only a matter of finding a like-minded soul with which to collaborate. Several years later I met the anthropologist Dr. Iris Edenheiser of the Grassi Museum in Leipzig, Germany, who had done her PhD research in the western Amazon, and it was she who convinced me that artists of the Amazon would be an equally important comparison. As we began to exchange ideas about the Amazon, negotiated through my interest in the Arctic, the idea of an exhibition of Arctic and Amazonian artists was born.

Not long after these exchanges, Dr. Edenheiser was unable to continue. It was around this time when Dr. Nina Vincent came to Toronto on an Emerging Leaders in the Americas Program (ELAP) for six months.

I joined the Arctic/Amazon Project in 2017. There I was, in Toronto in the dead of winter, having arrived from the torrid summer of Rio de Janeiro, Brazil. At first, it felt like my bones were frozen and all the liquids in my body might gush out at any time. I soon met you, Gerald, who let me know it was a shame I had arrived during such a light winter, because I would not be able to encounter the real cold! It was an experience of displacement and new ideas.

I learned a great deal about the Arctic and the Inuit artists of the North. It was a world I knew almost nothing about. You had been to my home city once, which is far from the Amazon, and there I was in Toronto, which is not the Arctic. When I spoke to you about the Amazon, I tried to recreate an idea of an environment that I knew you could not grasp without having experienced it first-hand. Nowhere will you feel such humid heat or stand under such tall and dense vegetation. The smells, the colours, the sounds, the people, they are unique and unlike anywhere else in the world.

We began this project by relying on our descriptions and gathered knowledge of each other. Mostly, we talked through our knowledge by highlighting artworks that encapsulated their own particular visions of place, land, and knowing. Getting to know somewhere through the eyes of an artist is an interesting path. It provides a complex notion of a region and is fruitful ground for a discussion of place. Many of our conversations inevitably turned to traditional Indigenous visual knowledge. At the time I was researching Indigenous contemporary arts in Brazil and carried with me considerable intellectual baggage of anthropological theories about the Amazon and the Indigenous peoples of the region, whose knowledge is as rich and complex as it is controversial and criticized.

Although anthropological studies help me think and frame certain questions, I know that a project such as this one must be built from a foundation of Indigenous knowledge. I am fortunate to live in a time when Indigenous voices are amplified in Latin America. Today they not only occupy structurally colonial spaces but are a force for change, shaking the foundations of the colonial State-form. There are many books and significant articles authored by Indigenous writers that cross the academic disciplines. The number of Indigenous students in the university continues to grow. Indigenous candidates are active in politics. For our purposes, the artworld has become a blooming stage where Indigenous issues are discussed and given institutional prominence. 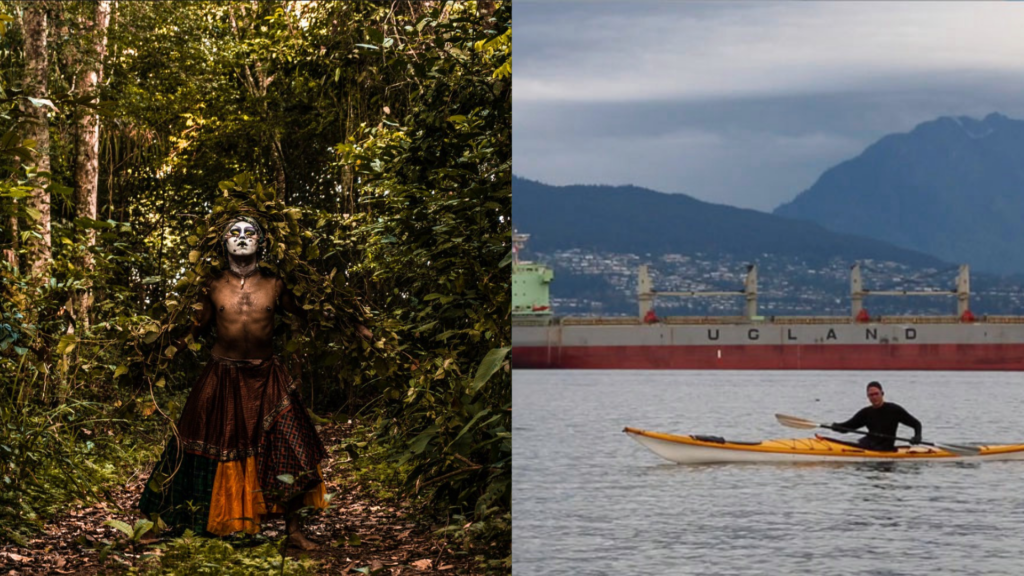