Join Wapatah Centre for a very special Knowledge Exchange Workshop on Contact Zones as part of the Arctic / Amazon project and in support of the upcoming publication – Arctic/Amazon Networks of Global Indigeneity. Co-authors Dr. Gerald McMaster and Dr. Nina Vincent will be joined in conversation by contributing author Tanya Lukin Linklater to discuss the Reclamation of Traditional Knowledge and the notion of the Museum as a Contact Zone. The workshop will also touch on the Knowledge that exists in cultural belongings and the extensive Land Based Artwork of Lukin Linklater with her community in the Alutiiq villages of the Kodiak Island archipelago of southwestern Alaska.

This virtual event series is hosted with the generous support from SSHRC Connections Grant, The Appleton Foundation, Nancy McCain and Bill Morneau, and Michael Audain, and in collaboration with the Power Plant Contemporary Art Gallery as part of Wapatah’s Global Indigeneity Initiative and the Arctic/Amazon project that will culminate in several milestones: a major publication titled Arctic / Amazon: Networks of Global Indigeneity, an online educational resource hosted by Wapatah centre, and a Fall 2022 Arctic / Amazon Exhibition in partnership with the Power Plant Contemporary Art Gallery and Ryerson Image Centre.

Gerald McMaster, O.C., is a curator, artist, and author, and is currently professor and Tier 1 Canada Research Chair of Indigenous Visual Culture and Curatorial Practice at OCAD University where he leads a team of researchers at the Wapatah: Centre for Indigenous Visual Knowledge.

Nina Vincent is a Brazilian anthropologist, researcher, professor, independent curator and currently works at the National Institute of Historical and Artistic Heritage (IPHAN), where she works close to communities to preserve intangible heritage and Brazilian popular/traditional culture.

Learn more about the Arctic / Amazon project and educational resource. 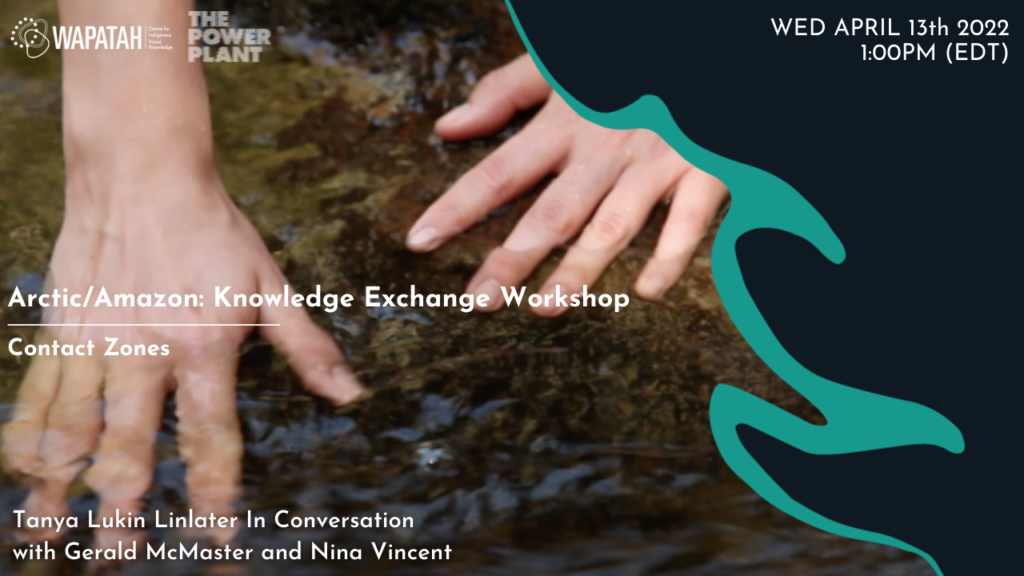 The Arctic/Amazon Knowledge Exchange Workshops are hosted with the generous support from SSHRC Connections Grant, The Appleton Foundation, Nancy McCain and Bill Morneau,

and Michael Audain, and in collaboration with the Power Plant Contemporary Art Gallery.